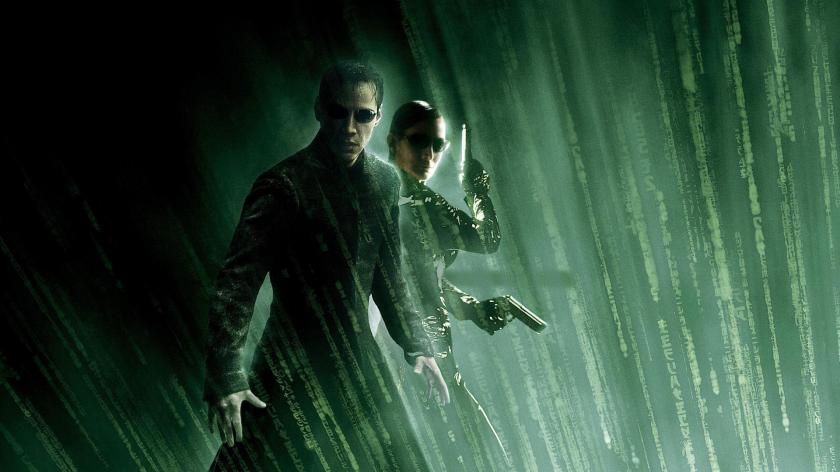 The Matrix broke all the rules. It was the most successful March debut ever to hit the screen at the time. It also introduced Bullet Time, where the audience walked out of the theater thinking anyone can dodge bullets. The premise of the franchise was clear, the machines create an alternate reality where humans can live while the machine harvest the humans for their own nefarious reasons.

Since I’m expecting everyone to be a holiday mood, for Monday Mayhem, let’s have a look at The Matrix and how the machines represent a form of zombie apocalypse.

If you haven’t seen any of The Matrix movies, I won’t spoil it for you. I’ll try to keep the examples as high level as I can. But I won’t lie. I can’t talk about it without describing a few points that may reveal certain parts of the plot. In that case, you may want to read on to the last paragraph for the summary.

The idea of the Matrix is that of a group of machines linked together to serve the purpose of self-preservation—preservation of themselves. The resource is human, rather, what humans possess to make them a resource. In the world of the Matrix, humans function as sacks of energy the Matrix readily consumes for keeping it alive. Without human beings, the Matrix would not exist.

It sounds like science, doesn’t it? And I’ll have to agree with those who will quickly point out the Matrix is smarter than any zombie apocalypse. But the fact of the matter is, zombies, on a whole, are stupid as individual entities. Multiply them over by the hundreds, though, you have yourself a formidable enemy who will stop at nothing to achieve its goal—consume human.

Not much different from the Matrix, is it? Both vie for self-preservation. Both desire human as their resource. They even go so far as to act as a single entity when threatened.

A zombie apocalypse seems disorganized when one of the undead stands on their own. But the horde mentality—the hive—lives as a single unit when many stand together as one. The Matrix is a film that brings the zombie apocalypse to life. Instead of zombies, however, computers make the bulk of the hive.

Who’s to say today we’re not living in a world controlled by a Matrix making us all part of a typified zombie apocalypse?

Have you seen any of the The Matrix movies? What do you think of the analogy of The Matrix being a type of zombie apocalypse?

16 thoughts on “Zombie Apocalypse: The Matrix”

The Present Things Will Pass Away
What Did Jesus Drink While Dying on the Cross?
God Is Our Loving Father
God Will Rescue Us
You Forgave the Iniquity of My Sin
The Reward of Our Trials
Believe in God’s Promises