What if the machines do attempt to take over the world? What would become of humanity. Would there be an upheaval so great among mortals that the machines wouldn’t have anything else to do other than to surrender? Or, would the machines simply exterminate humans from the face of the earth in hopes of never having to deal with us again?

Since the beginning, Monday Mayhem has always been about seeing the other side of the equation. In this case, today’s post will concentrate on explaining the “what if” scenario. What if one day the machines do take over the world?

The cold, hard truth about today’s society is that no matter how anyone looks at it, we cannot escape the reality of being connected. Whether by computer, laptop, tablet or phone, society’s dependence on machines is secure.

For instance, when walking into a restaurant, the first thing to happen is a server helps with customer seating. From there, a computer records how many occupy a booth or table, what the table orders, special menu items and seating arrangements. Should Liam, who is sitting at the far side of the table, have an allergy to peanuts, the computer would flag the order and tell the chef to hold any products made with nuts, as Liam requested.

Another scenario has a worker in Alaska patching a leak inside an oil pipe while the computer holds the safety doors shut preventing the flow of crude from carrying the worker to an untimely death.

And a last scenario places a crowd of thirty thousand at a hockey game. The computer owns the details to the people attending, the condition of the exit doors, and the placement of security throughout the arena. Via the cameras, the computer even knows who leaves and when.

What if the computer gains sentient life and decides humans are a step lower than the machines? The premise to The Terminator movies is just that. The machines achieve self-awareness and, in turn, attempt to take over the world.

As mentioned, one would find it difficult to escape from being connected. Cell phones are almost in everyone’s pocket—computers that can tell where someone is, what they are thinking, and even measure heart rate or whether the user is asleep or awake.

The scary part? What if a glitch in an operating system gives way to the God particle, but on a digital level. The God bit. For those familiar with the concept, it would mean that no matter how much we believe we have absolute control over computers, the computers may have one element we may not be able to control.

Yes, it is farfetched. Nowadays though, the best way to destroy a life wouldn’t be for the computer to add nuts to Liam’s dish, or for it to let loose the floodgates, or to gas a hockey arena filled with thirty thousand people.

Not at all. The computer’s strategy? Simple. Allow humans to do what humans do best. Allow them to destroy themselves. Nothing the computer can do would compare with what humanity can do to itself. All the computer has to do is plant the seeds and wait.

Have a look at the Ashley Madison hack and how many people felt the fallout of their indiscretions. Last count?

If one were to work within those parameters, one would admit the machines are winning.

The Matrix broke all the rules. It was the most successful March debut ever to hit the screen at the time. It also introduced Bullet Time, where the audience walked out of the theater thinking anyone can dodge bullets. The premise of the franchise was clear, the machines create an alternate reality where humans can live while the machine harvest the humans for their own nefarious reasons.

Since I’m expecting everyone to be a holiday mood, for Monday Mayhem, let’s have a look at The Matrix and how the machines represent a form of zombie apocalypse.

If you haven’t seen any of The Matrix movies, I won’t spoil it for you. I’ll try to keep the examples as high level as I can. But I won’t lie. I can’t talk about it without describing a few points that may reveal certain parts of the plot. In that case, you may want to read on to the last paragraph for the summary.

The idea of the Matrix is that of a group of machines linked together to serve the purpose of self-preservation—preservation of themselves. The resource is human, rather, what humans possess to make them a resource. In the world of the Matrix, humans function as sacks of energy the Matrix readily consumes for keeping it alive. Without human beings, the Matrix would not exist.

It sounds like science, doesn’t it? And I’ll have to agree with those who will quickly point out the Matrix is smarter than any zombie apocalypse. But the fact of the matter is, zombies, on a whole, are stupid as individual entities. Multiply them over by the hundreds, though, you have yourself a formidable enemy who will stop at nothing to achieve its goal—consume human.

Not much different from the Matrix, is it? Both vie for self-preservation. Both desire human as their resource. They even go so far as to act as a single entity when threatened.

A zombie apocalypse seems disorganized when one of the undead stands on their own. But the horde mentality—the hive—lives as a single unit when many stand together as one. The Matrix is a film that brings the zombie apocalypse to life. Instead of zombies, however, computers make the bulk of the hive.

Who’s to say today we’re not living in a world controlled by a Matrix making us all part of a typified zombie apocalypse?

Have you seen any of the The Matrix movies? What do you think of the analogy of The Matrix being a type of zombie apocalypse? 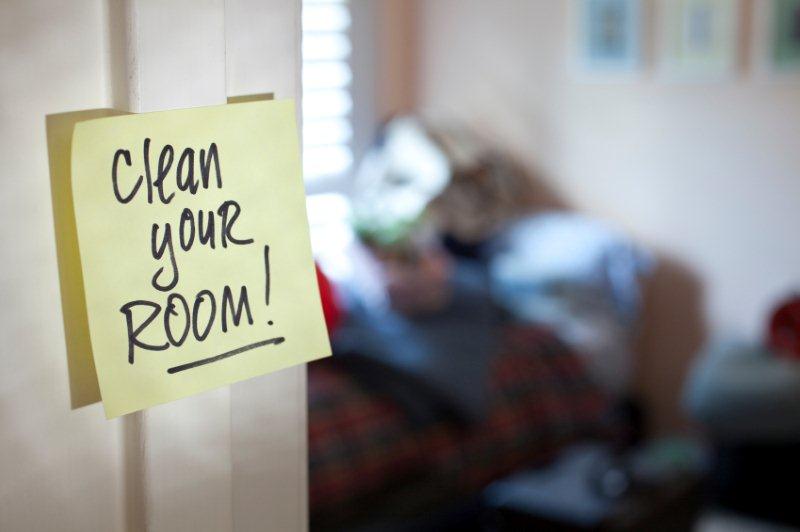 The other day I took to my closet, put on a pair of old, tattered jeans, a t-shirt, and hit my home office. I’ve been planning to paint it for a couple of years now. Only recently did I decide the time was right to do something about it.

For this Freedom Friday post, I’d like to take you on a spring cleaning adventure. Believe me when I say it’s not as adventurous as I’m making it out to be.

Over the past couple of years, my home office had gone into disrepair. I had boxes of utter junk I had kept around for those “just in case” moments when I needed that half-bent, used straw I had saved from that frosty I had months ago. Bags and bags of paperwork I hadn’t tackled for a long time rested dormant waiting for my sorting hands. I’m still not done yet. The shredder’s going to have a lot work to do soon.

The biggest problem was all the computer parts I had accumulated. I’m talking about desktop boxes, monitors, network cards, hard drives, sound cards, motherboards, memory chips, graphics cards, printer cables, network cables, fans, desktop speakers, subwoofers, mice, keyboards, mice pads, and on and on. I can’t believe how much money I burned through the years on old desktop computers that today I can easily replace with a laptop, a tablet or phone. Sad, really.

All these parts belonged to computers I had set up throughout the house when the iPad was a glint in Steve Jobs’ eye. As they became obsolete, I’d retire them into my home office to one day sell them for parts. Well, we all know how that turned out. You may ask, how many were there, Jack? Seven desktop computers with monitors. Yeah, crazy, eh? There was a time that each room had a computer. Maintenance choked every ounce of goodness from me.

Anyway, I took them all apart. I reformatted the hard drives, and poured water and sugar in its assembly chambers. I then took my trusty screwdriver and poked holes through the platters. It’ll take the expertise of the FBI to piece them all together. Even then, no way could anyone rescue any of the data on those suckers. Too late, though. They’re already at the dump.

Now, if you didn’t know better, I could be working for the CSIS (Canadian Security Intelligence Service). Then again, I wouldn’t admit it, would I? Nor would I post that information on a blog. A mischievous smile penetrates Jack’s face.

Nevertheless, I pulled together all that old equipment and hauled it to the curb. And this is the truth: at the very moment I had placed the last computer on the curb, a black van of no distinct marking pulled into the drive, swung open its back doors and two men slipped the equipment into its belly. It was quick. Not even thirty seconds they were gone. I thought, guys, the hard drives are not with the boxes. I guess they’ll find out once they take them apart in their secret lab.

I now have a clean room. At least the bulk of the mess is under control. I still have a long way to go. I think in the next few days I’ll get rid of the old posters of The Godfather: Part III and Terminator 2: Judgment Day. They’ve been on the walls forever.

Have you done any spring cleaning? What items have you gotten rid of that served its purpose in the day?