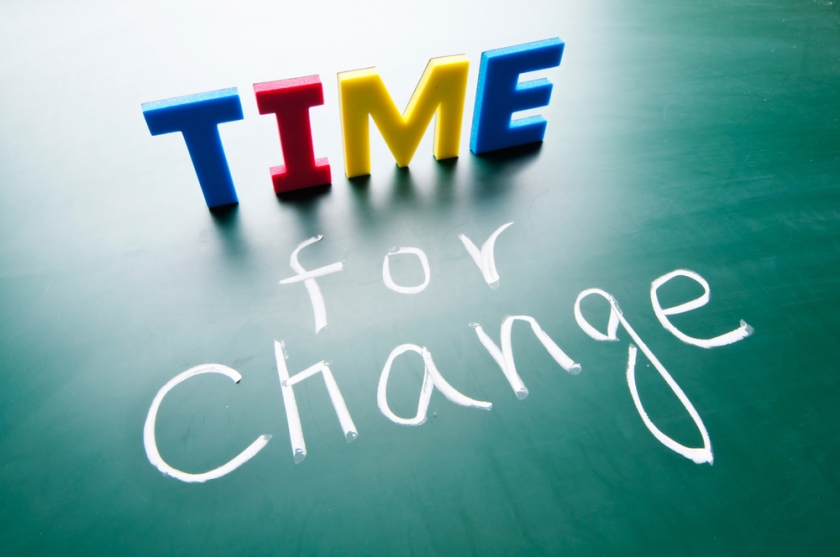 In the next several weeks, you’ll notice a change here at JackFlacco.com. The change is an effort to capture my feelings about what I’ve been watching. For me, the thrill of starting something new has taken a life of its own. It will serve as the springboard for a new series. I’ll talk more about this later on.

For now, today’s Freedom Friday is about change.

In the Oliver Stone movie Wall Street, Gordon Gekko (Michael Douglas) says, “Greed is good.” It’s an affirmation that I’m sure everyone has heard before.

I say change is good. Change allows for growth. Change keeps everyone thinking of better ways to get things done. Progress can only come from change.

Water needs to flow. It’s alive and vibrant when it moves from a stream to a river. It crests, splashes, and sprays as it enjoys the freedom of its movement. But when water remains standing—stagnant—an unpleasant smell occurs. Bacteria forms and makes the water undrinkable.

Similarly, in life, if there is no change, things become stagnant.

I try to balance the content of my articles as a means of maintaining an invigorating reading experience. When folks visit, I want them to say, “Hey, I never heard it put quite like that before!” That is the driving force to how I’d like my readership to react to the ideas I present on this site. It’s a tough balance, and that’s why you sometimes see photography and food articles for my Freedom Friday series. Changing it up makes for an enjoyable time—and who doesn’t like a good time?

Which brings me to my new blog feature—Wednesday Warriors. Since the protagonist to my Ranger Martin book series is a truck driver thrown in a fight he never wanted in the first place, and since I’ve been gorging on high-octane, white-knuckle action films, I figure I might as well make a feature of it.

Beginning December 17th, the first article for Wednesday Warriors will debut. It will feature fictional males in films and television who are either larger-than-life heroes or interesting anti-heroes with an agenda. Women Who Wow Wednesday may resurface, but for now, I’m looking forward to this new series and seeing where it will take us.

This is an exciting time here at JackFlacco.com, which I’m also hoping my readership will find just as exciting!

How do you feel about change? Is it something you readily accept?

Love One Another
Thanks Be to God
What Did Jesus Drink While Dying on the Cross?
Love for God’s Word
Sing Praise to the Lord
All for God’s Glory
Bless the Lord, O My Soul