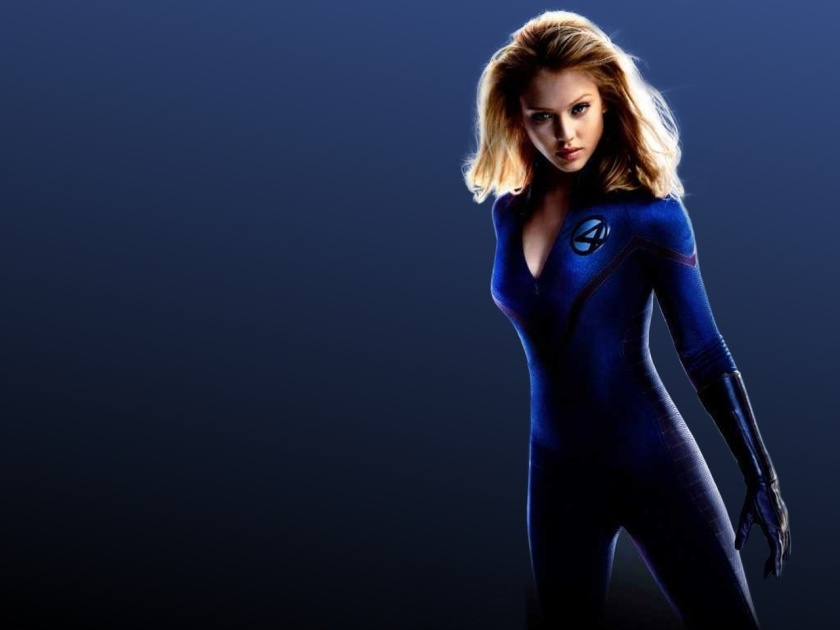 Hard to believe Fantastic Four came out nine years ago. And yet, watching the film once again after such a long time, even if it’s not in the theaters, brings interesting thoughts to mind. Sue Storm, Susie, Susan—whatever her name is, she’s Ms. Invisible, the girl with the hots for Reed Richards, the brain of the outfit.

Women Who Wow Wednesday begins with a radiation storm. Four friends hit by deep space rays attempt to cope with the aftershock of the change. Little by little, things change. Sue’s brother, Johnny Storm, burns the ski slopes—literally. Reed Richards has an episode where he can stretch his hand under a door. Ben Grimm turns into a stone. And Sue Storm disappears. She changes from being a beautiful woman to someone who no one can see.

First order of business is to save Ben Grimm, depressed about losing his wife. Sue gets more than what she bargains for. Her ability to create a force field allows her to prevent a fire to spread beyond its means. Saving a number of people along the way, she becomes the reluctant hero among the four.

Then there’s Victor Doom. We won’t get into him just yet. He’s Sue’s attraction. Beyond Reed’s past relationship with her, Victor’s attempted to ask her to marry him.

Now, Sue’s big dilemma is not Victor Doom’s infatuation with her but her ability to control her powers. Unlike many superheroes who have an uncanny talent to hide their powers, Sue Storm has nothing to hide because she’s the epitome of covertness. Her middle name is Hide. She gets angry, she disappears.

Her date with Reed brings back memories of the past. She doesn’t want Doom. She wants Reed. In a planetarium setting, she tells Reed how she remembers the good times.

Her biggest asset though is not the invisibility, not the incredible force field she exerts, but her power to stay focused and clearheaded. For her, her most valuable asset is her single-minded talent to keep her wits about her.

In the epic battle for her life, she takes on Doom in a quick game of Marco Polo. And although she loses, she gains in the end by working with the others as a team to put away Doom for a long time.

Have you seen Fantastic Four? What did you think of Sue Storm?

The Present Things Will Pass Away
What Did Jesus Drink While Dying on the Cross?
God Is Our Loving Father
God Will Rescue Us
You Forgave the Iniquity of My Sin
The Reward of Our Trials
Believe in God’s Promises