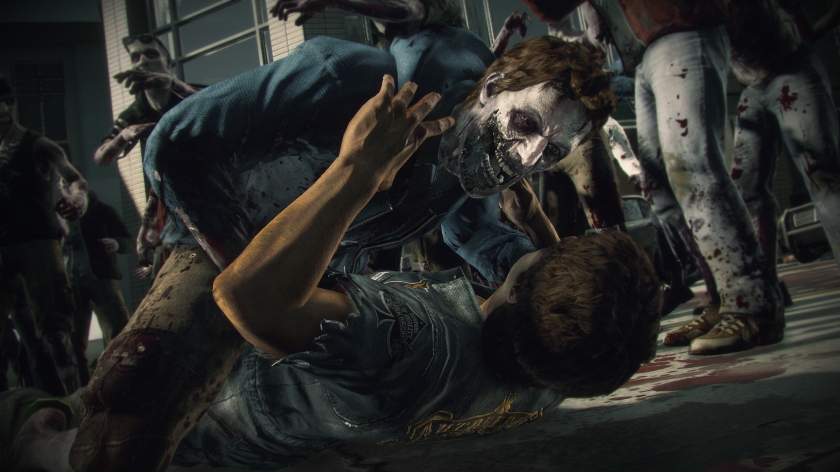 There once was a boy name Jack, and he hated zombies without lack. Crazy, isn’t it? That boy was me. I disliked zombies because I thought they were the stupid, malignant, dregs of Horror that amounted to nothing better than cheap laughs and gruesome kills.

Now that I have your attention, I’m dedicating this Monday Mayhem post to the skeptics. To all those folks who hate zombies and don’t know why. Ahem, because they think zombies are of the devil—or something so insanely ridiculous as such. This post goes out to you dislikers of the undead. Prove your hatred.

It wasn’t long ago when I, too, freely admit to have been one of the zombie naysayers. I’d thought vampires were cool and werewolves were powerful. But zombies? What did they have? I couldn’t get past their weak countenance. They wore torn clothes, for crying out loud. Even I could have punched one of them in the face to have it topple over like the scarecrow in The Wizard of Oz.

Ah, but you see, that’s where I went wrong. I thought of a zombie as a single unit. That’s not where a zombie’s strength lies. Zombies don’t work that way. Separate a zombie from the crowd and yes, it’s time to say good-bye to another of the undead. However, as part of the horde, it’s as good as dug itself in like an Alabama tick. As a whole, they’re impenetrable; functioning as a single-minded mass with only one thing on their mind—eat.

When did I change my view on zombies? I saw 28 Days Later late one night while my family slept, and I needed some solid entertainment. I didn’t know what the movie was at the time, having caught it a few minutes after the credits, but I watched it anyway. Hard not to watch someone waking up in hospital garb to what looks like a world gone crazy. Then have the movie tease me to a slow reveal. That’s what started it all for me. I saw the zombies. They weren’t weak but strong brutes able to turn other humans into zombies. And the humans were afraid of them. I thought, what is this? Shivers trailed my arms to my spine leading up my neck. The movie captivated me. I wanted more.

From there I went on a zombie binge. Within a week, I had seen 28 Days Later, 28 Weeks Later, Dawn of the Dead, Shaun of the Dead, and Zombieland.

The old Scooby-Doo paradigm I had carried for so long had all but disappeared, replaced by today’s zombie—a predator of vast proportions, able to seek and destroy those who’d dare get in the way. Their single-minded focus to rid the world of humans fascinates me. They act as Star Trek’s Borg, a collective bent on satiating eternal hunger pangs. How can I argue these zombies are weaklings?

To exacerbate the issue, I’d fallen in love with the notion zombies can reproduce. One bite is all it takes and a human is no longer with the living. In some respect, it might actually be an improvement since some folk are dead already.

Yae, naysayers, come and give pittance to your trite cause for slamming zombies wherefore you know nothing of. You hate the undead in ignorance. Let the beasts of the field show you the empty graves to those who will dismember the world.

What do you like about zombies the most? Did you have an epic flip from hater to lover of the genre?

23 thoughts on “I Hated Zombies”

If God Is for Us, Who Can Be Against Us?
What Did Jesus Drink While Dying on the Cross?
God Is Our Loving Father
Holy, Holy, Holy, Is the Lord God Almighty
Be Kind to One Another
God Will Rescue Us
Thanks Be to God