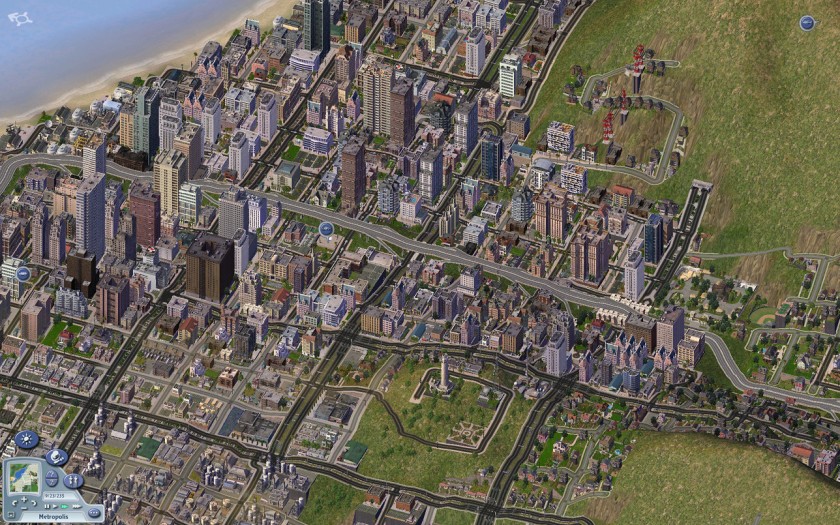 Before the internet there were video games. Some were good. Some, not so good. One in particular caught my eye and wouldn’t let go. How can I describe it for Freedom Friday?

“I got hooked in 1989. At first, I could control the urges thinking I could get ahead of them. I’d think—one more time won’t hurt. Just a little. The next day I’d pay for it, waking up late with a massive headache, feeling groggy and tired. Somehow, a small taste wasn’t enough. I wanted more. The longer it went on, the worse it’d gotten. I thought I could control the urges, but once something new came along I slid and crashed again.

“Over the years, as I’d vow it wouldn’t happen again, I regressed further. Sometimes not eating. Sometimes not sleeping. Until one day, I said enough. Just like that.”

I’m talking about SimCity, the incredibly addictive city simulation for PC. With every new version of the game, I was right there buying it on release day. I can’t believe how much time I had spent on the intricacies of city and population manipulation. If you haven’t played this kind of game before, it’s very simple yet difficult to master. Later versions have more complex interfaces, but the same principles apply.

You’re the mayor of a new town. In fact, you have to build the town into a thriving metropolis. The way you do this is by laying down industrial, commercial and residential zones. Then, you supply water and electricity to the zone, and wait. Yes, much like real life. You’ll soon see traffic move into the zones. Small bungalows become two-story detached homes, which in turn grow to apartment buildings. Retail outlets turn into department stores, which eventually spring to multilevel office buildings. In industrial zones, the small manufacturing shops gear up to pollution-centric factories.

The game is open-ended. It means you create your own goals and from there play to your heart’s content achieving your goals.

My goal had always been to make the absolute best town to live in for a family. So I’d have lots of open spaces, plenty of parks for walking, and fun things to do for the kids. Many of my towns had industrial areas just outside city limits so as I could avoid the pitfalls of maintaining such monstrosities.

SimCity also offers many other options for the casual gamer such as a sleek budgeting interface, a town council to appease, and various panels to check your statistics. I can’t tell you how important it is to look at the town’s stats in order to gauge future growth.

When I played, and I’m talking heavy game play, I tended to stem growth leaning toward building a quality life for my Sims instead. In other words, numbers meant nothing to me. If I knew a hundred Sims enjoyed their life in a rich environment as opposed to a thousand Sims who were unhappy in nothing but a cookie cutter municipality, I knew I had completed my job.

Of course, I did have my moments playing devil’s advocate where I’d throw a few alien invasions at my towns to measure their resilience against disaster. And sometimes I’d even start a riot or two, just to see what would happen. Thankfully, I never saved those messes and had copies of the originals I could restore.

And that’s the beauty of the game. Whatever your goal is, whether it’s building a population boom or a quiet community nestled in the mountains, SimCity will allow you to do that.

In the meantime, I have yet to fall off the wagon again as I value my sanity. Maybe next time I’ll talk about my other addiction: Age of Empires.

Have you played SimCity? What game is your addiction?