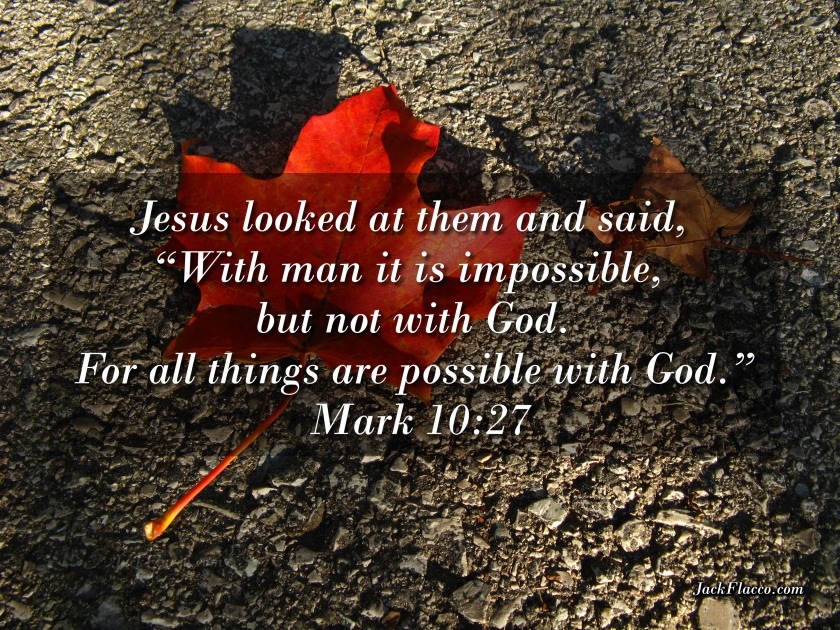 Do you believe in miracles? I never did. In fact, there was a time I thought those who experienced a healing actually fell under some kind of self-hypnosis. I dismissed it as nothing more than an ol’ fashioned parlor trick found in a fantasy like The Wizard of Oz.

It goes that way until it happens to you. You never think it will happen to you. And sometimes, the little miracles in life convicts one into believing in the very thing he or she discredited in the first place.

Some time ago, in celebration of my birthday, Luana and the kids treated me to lunch at one of the hotspots here in town. The food was great, the company I kept was satisfying, and the service was beyond exceptional. Shortly after the main course, the server came by our table and asked me if I had decided what dessert I wanted, given Luana had mentioned why we were there in the first place. I said I had not decided and we agreed the server would surprise me. Several minutes later, I was regretting my decision, but it had nothing to do with receiving the dessert. The server had not brought it yet. I was thinking, since the treat would be free, I imagined I would be receiving a simple scoop of ice cream, or one of those sweet cookies instead. Then I thought, I should have ordered my favorite—cheesecake. I imagined it dished with no topping except for strawberries and syrup on the side. I really had it in mind of what it would look like and mentioned it to my family.

What happened next left me in awe. The server had brought me a plate of cheesecake, strawberries and syrup on the side, and a big sparkler in the center.

Obviously, I was praising God all the way home.

Recently, I took a vacation. The first two days were nothing short of awful. I fell ill with aches, chills, a fever, and a nasty headache. Two days later, I felt much better, except for the headache. It just would not go away. That same evening, I had fallen on my knees asking God for relief. I asked him to remove whatever was causing the pain so as I may not only feel better, but serve him in the way he wanted me to serve him.

It did not help. That is when I decided to bring in the big guns.

I immediately went to Luana. She knew what to do. She laid her hands on my neck and the back of my head, where I told her the headache rested, and prayed aloud. She proclaimed God’s promise of healing asking for the removal of not only the pain but the condition that was causing the pain. I believed with my whole heart that through her intercession my faith would heal me.

At the end of the prayer, after she had called on Jesus’ name, I soon headed back to bed. I did not even make it into the bedroom. The headache was gone. No pain. No weird sensations. Gone.

Other things have happened to me that I would classify as miracles. Rather than list those events, however, I am going to do something altogether different.

Below are Jesus’ miracles listed in the gospel of Mark:

Missing is Jesus’ transfiguration (Mark 9:2-13), his prediction Peter would deny him three times (Mark 14:26-31), and many others. Mind you, I have listed these miracles from the gospel of Mark only. It goes without saying there are other miracles Jesus performed that I have not mentioned, detailed in the gospels of Matthew, Luke and John, such as Jesus turning water into wine (John 2:1-11).

Reading about all the miracles Jesus performed while he was here on earth inspires me to appreciate how God intervenes in people’s lives, even if it is surprising me with a slice of cheesecake with a side of strawberry sauce for my birthday, or healing me suddenly of a headache. God knows the needs of his children. He goes out of his way to make his children happy. And if God chooses to bless his children with a small or large miracle, it is entirely up to him.

A miracle is a miracle. It still shows how much God loves his children.

We Have Surety of His Grace
What Did Jesus Drink While Dying on the Cross?
Lay Up God’s Words in Your Heart
Believe in God’s Promises
All for God’s Glory
God Is Our Loving Father
God Will Rescue Us