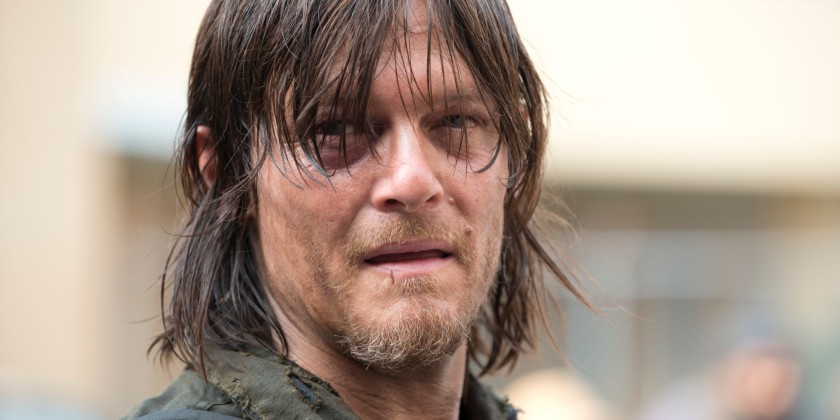 The Walking Dead has had a plethora of characters grace viewers’ displays. None has had as much of an impact than Daryl Dixon (Norman Reedus). If there were a character that could define a series from start to finish, Daryl would be that character.

Today, Wednesday Warriors looks at the life of a single individual who has made a difference in the perception of people’s expectations of what a hero ought to be. Today, Daryl Dixon takes the spotlight in this weekly feature.

When the rise of the walker first takes hold, no one knows what to make of it. People attacking other people consuming their insides becomes the norm. A little girl wandering the streets is more than a curious image. When she turns around and reveals her true nature, the viewer sees the effect of the devastating virus that has taken hold of humanity to reduce society’s most vulnerable to an eating machine.

Throughout the upheaval, two types of characters hit center stage. First, there is the selfish character that makes it a point that one will interfere with his plans of staying alive. He doesn’t care about anyone else other than himself. This character has a short lifespan in The Walking Dead. He either falls to the bullet, knife or ax, or ends up as a walker’s next meal. Second, there is the hero character. He takes on the role of the reluctant champion to anyone who needs him to intervene on his behalf. Rick Grimes (Andrew Lincoln) is this type of character. He gives of himself regardless of the situation.

However, a third type of character rules The Walking Dead. He is subtle with his actions. He is not your typical hero. If anything, the image he exudes is that of the first group—a selfish man who is looking out for no one else but himself.

Daryl is that character. When people think they have him figured out, he pulls a rabbit out of his hat surprising everyone.

Others in the group may consider him a redneck. He hunts squirrel with a bow. He chews on the bark of trees. He can live off the fat of the land devouring crawling things that would make a billy goat puke.

Say what you will about Daryl, in that he may pose as a front for the survivor who has no interest than to save himself, but underneath that facade lies a man very much consumed with doing the right thing in spite of others getting in his way. Left on his own, he can outlast the strongest of a group.

The only enemy Daryl has to worry about is himself.

Torn by the demons haunting him, a brother who he’d rather not call a brother and the sadness of losing one of the only people he truly cared for, Daryl lives each day as if it were his last. If his friends settle into a new place feeling comfortable with their new surroundings, he doesn’t follow. He has always questioned authority. In his mind, if the folks he hangs with use commonsense, that is good enough for him. But don’t expect him to do what the others would want him to do. He’s his own boss.

The best part about Daryl’s character is his steadfast push toward killing walkers at all costs. When someone falls to one of the undead, he spares the others by taking a direct approach to solving the walker problem. He kills them. There isn’t anything Daryl hasn’t done. Aside from his lack of social skills, he knows where he fits in the zombie apocalypse.

Perhaps Daryl has a lesson for everyone, not only those watching him every week on The Walking Dead. Perhaps his way of doing things—grabbing the world by the throat—is the only way to solve a problem.

Maybe he does have a lesson for those interested in making a difference.

What do you think of Daryl? What do you like most about Daryl’s character?