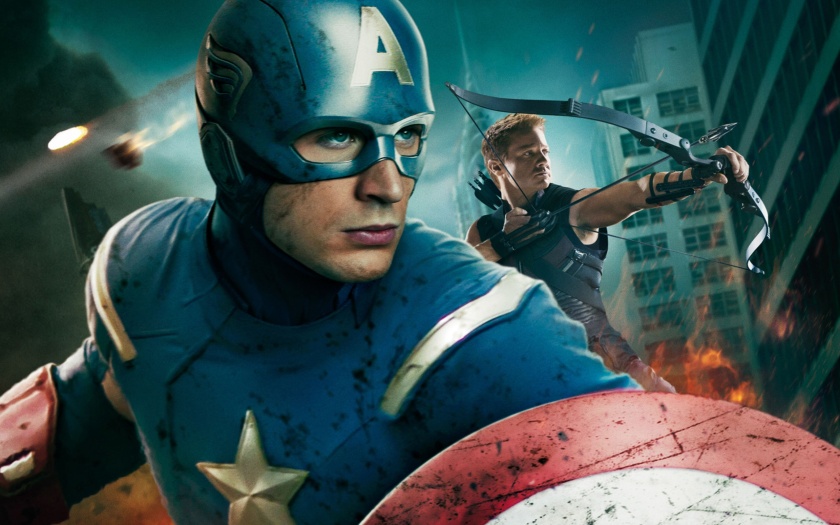 Of all the superheroes that impress me, one deserves recognition above all others. He’s fast, tough, and upstanding in his morals. He takes ownership for the safety of humanity. He’s a team player.

In World War II, when the army needed soldiers, Steve Rogers volunteered for an opportunity to fill the ranks. His enthusiasm and his unwillingness to surrender made him a prime candidate for the front line. His only problem? He was short. And he wasn’t very strong.

A military experiment Steve Rogers took part in changed all that. He no long had height as an issue to hold him back. And he certainly didn’t worry about muscles either. The experiment made him physically superhuman, but retained his go-for-it attitude intact. This scrawny individual became Captain America.

I grew up with Captain America. I had his action figure complete with uniform, boots and shield I enjoyed playing with him when I was eleven. My mom had bought it for me. It was my favorite action figure at that time. I really didn’t know the full story behind this Marvel action hero, but I loved how he looked and what he represented. I eventually bought the comics to read of his adventures in the safety of my bedroom. He became a hero I followed into my adulthood.

The thing about Captain America is he knows who he is. He’s not one of those dark comic book figures who has to go through an inner struggle to overcome demons from the past. He genuinely cares for the people he saves, which isn’t much different from any superhero. Yet, his struggle is an external one, against those who want to bring humanity to the brink of annihilation.

The Cap also possesses impeccable character. At times he may fail, but he’s always ready to admit when he’s wrong. He doesn’t blame anyone for his mistakes but himself. As strong as he appears, he doesn’t allow his super-strength to affect his ego. If anything, The Cap doesn’t have an ego. This is what makes him different and a superhero other superheroes follow into battle.

I would say the best part about Captain America is how he can remain determined in the face of adversity. The world could be falling apart all around him, but he picks up from his losses and moves forward without looking back.

Captain America may make the world a safer place to live, but it’s his integrity as an honest individual that drives his fans to want to continue following him.

Captain America is the First Avenger.