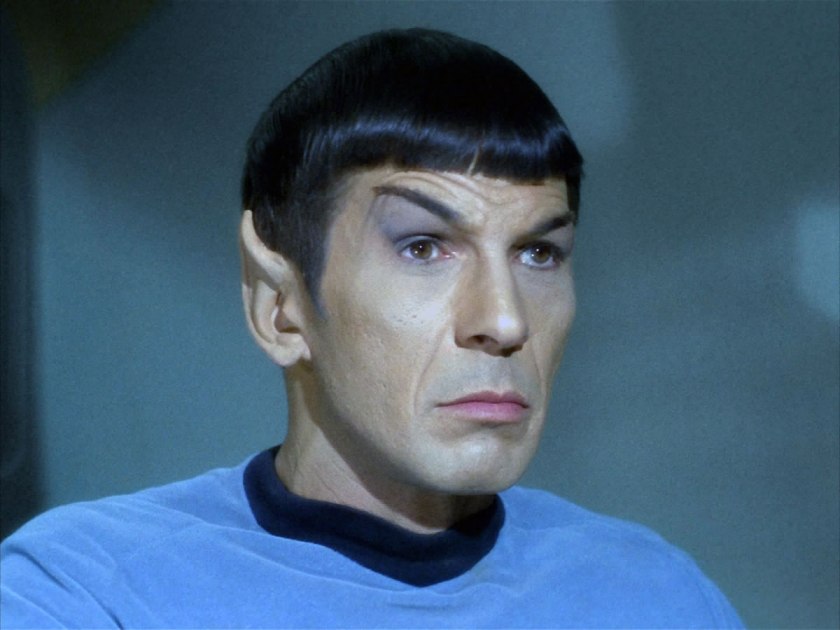 Ever since I could remember, I’ve always loved watching Star Trek. With the recent death of Leonard Nimoy also came an unbearable urge within myself to binge watch old episodes of the series featuring Nimoy’s logical character Spock. I wouldn’t be able to forgive myself if I didn’t pay tribute to this great character for my Wednesday Warriors weekly series.

For me, no discussion of Spock would be complete without relating how the character Spock has affected my life. I would find it easy to rattle off every episode the Vulcan took center stage and prove his cerebral superiority, but then I’m sure you can find something similar somewhere else. In that sense, I’d like to try something different.

When I was a kid, the few things I could count on that I knew would always remain the same were eating Cap’n Crunch on a Saturday morning while watching cartoons, and never missing my favorite episode of Star Trek. For all you folks wondering which series I’m talking about, think ancient. Think Sixties. Think of the hippie movement.

In those days, we had a glorious 20-inch color TV standing on four legs and only twenty-eight channels to surf. Twenty of which, for a kid like me, were nothing more than a collection of news, sports and weather channels–much like how it is today eight shy of a thousand. So, if I found a series worth watching, I stuck with it. I’d hunt for it every chance I got and I would make it part of my life by becoming a true fan.

Star Trek was one of those shows.

The idea of a starship drifting through space, discovering new worlds and new civilizations fascinated me. Aside from setting aside racial barriers, the show included a character that was the epitome of logic and not at all human. Actually, that’s not true. Spock was half-human. Yet, throughout the years, the draw I felt to the character, in spite of the character’s desire to understand the human condition, never faded. Spock had a way of identifying human frailties, and for the same reason, delivering Vulcan solutions wrapped as logical building blocks to an efficient society. He knew the human compulsion for self-destruction more than any other human could learn of it in a lifetime.

In my opinion, Spock represents peace. For the time, Vietnam was in the news nightly and the audience needed a release from all the blood they’d seen on the screen. The crew of the Enterprise brought a sliver of hope everyone wanted as a way to overcome the daily media onslaught. Spock’s quick, dry wit made him a memorable character in every scene of the series. I enjoyed watching him walk the audience through a logic problem that had even stumped Captain James T. Kirk (William Shatner). What seemed impossible to a mere mortal was an easy solution for a Vulcan. The added strength he portrayed as the all-knowing second-in-command made him a formidable foe for Klingons everywhere. Whenever they captured him, they could never figure out what to do with him. He defied their aggressive behavior with sound reasoning.

If Spock was real today, I wonder what he’d be doing. Would he be in politics? Or would he be working in the sciences? I’m still wrestling with that question.

What Did Jesus Drink While Dying on the Cross?
He Is Christ, Son of the Living God
God Is Our Loving Father
Believe in God’s Promises
All for God’s Glory
God Will Rescue Us
His Name Is Above All Other Names