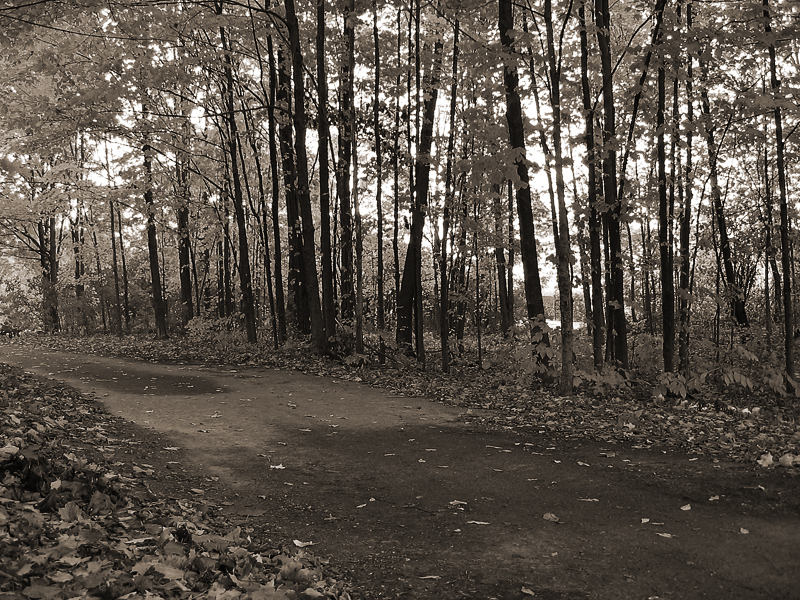 Her eyes met his and her heart stopped. She never thought it would ever happen to her. But happen, it did, and she wobbled on her feet with the whiff of his scent. By the time her pulse began to beat again, it was too late—she knew she was his forever.

That autumn evening was like any other. She left work thinking if she caught her bus, she’d make it home in time to watch an episode of her favorite show on TV. It was dark, but the street standards lit the sidewalk to her usual spot. What she hadn’t counted on was the bus arriving early. She raced in hopes the driver would yield to her sudden appearance in the side mirror. It didn’t work. The vehicle blew smoke and left her behind. It wouldn’t be for another fifteen minutes before another came along.

Alone, she thought of heading back to work and waiting there. Something, though, kept her from returning. It could have been that instance where the rustling of the leaves caught her ear or how the air smelled as if it was just about to rain or the way the wind gently patted her skin to tell her everything was going to be all right. Whatever it was, she stayed, enjoying the moment.

Minutes passed and she noticed a shadow from the corner of her eye. Fear gripped as the thought of violence seeped into her head. It lasted a short time. Somehow, she knew she was safe. The shadow emerged into the light.

She had never seen anyone like him. His eyes blue. His hair black. And, although he towered in stature, she could make out the faint, warm smile dancing on his lips. Time slowed to the beat of her heart, which was non-existent. There must have been a reason she had missed her bus, she wondered. Was it by design? Fate?

When the clocks started again, he asked, “What’s your name?”

A stranger asked her name, and if it were any other circumstance, she’d tell him it was none of his business. Instead, she gulped, then answered, “Kate.”

Henry. Henry, she thought. If all the angels in heaven went by the name Henry, the world would be a better place. What did Henry do? Was Henry an actor? A writer? A painter? Had Henry a wife?

“Beautiful evening.” He lifted the collar to his jacket, and slipped his hands into his pockets. “I’ve seen you taking this route every day. Do you live far?”

Another crazy question. Henry, what are you doing to me? I can’t answer that. I don’t know you. But I want to know you. I do! She said, “I live a few blocks from here.”

The lights to Kate’s bus flooded the street and when she turned to say good-bye, he had disappeared. Later that night, she tossed on her pillow for hours with thoughts of him running through her head.

Several days went by that she hadn’t seen Henry anywhere, neither at the bus stop or on her way from work. One afternoon during her lunch hour, Kate strolled through the park adjacent to the spot where they first met. The gray sky reflected her melancholy mood. How a man she met only briefly could become such an obsession caused her to stop under a tree where the ducks fed in a small pond. Studying the ripples in the water, memories of Henry’s slight smile filled her soul, warming her.

When she spun around to head back, Kate noticed the tree again. This time, the brass plaque planted at its foot came into view. She’d never seen it before. Crouching to get a better look, she wiped the dirt from its surface to reveal the engraving:

“Donated in memory of Henry McAlistair, a generous supporter for the global preservation of wildlife. b. December 19, 1909 – d. September 26, 1939”

It can’t be, she thought. That’s almost a hundred years ago. It can’t be him. It just can’t.

Below the letters on the plaque, debris covered a photo. Kate violently rubbed the dirt from the face of it as she tried to catch her breath.

When his eyes appeared in the photo, she dropped to her knees with her jaw hanging.

Years along, the seasons changed. As autumns turned to cold, bitter storms, and the wind yielded to the sun in the spring, twenty summers had left Kate alone, still thinking of the man with the compassionate eyes named Henry.

On September 26, a brisk fall morning, Kate left her apartment, headed for her bus and stepped into the street. She didn’t feel the impact. All she remembered was someone screaming, “Someone call 911!”

As the light in her eyes faded, she felt a hand touch her shoulder. When she set her gaze on the one whose warmth took away the pain, she now understood why she hadn’t seen him again until that morning.

Kate died that day, but witnesses stated they’d seen a stranger comforting her those moments preceding her passing, holding her hand all the while she was smiling. When asked to identify the man, the same answer came—it happened so quickly that he had disappeared in the crowd.

[I’d written this stream of consciousness, first draft Freedom Friday post in an attempt to capture my feelings about autumn.]

Sing Praise to the Lord
Thanks Be to God
What Did Jesus Drink While Dying on the Cross?
Love for God’s Word
All for God’s Glory
God Is Our Loving Father
Do Not Be Anxious