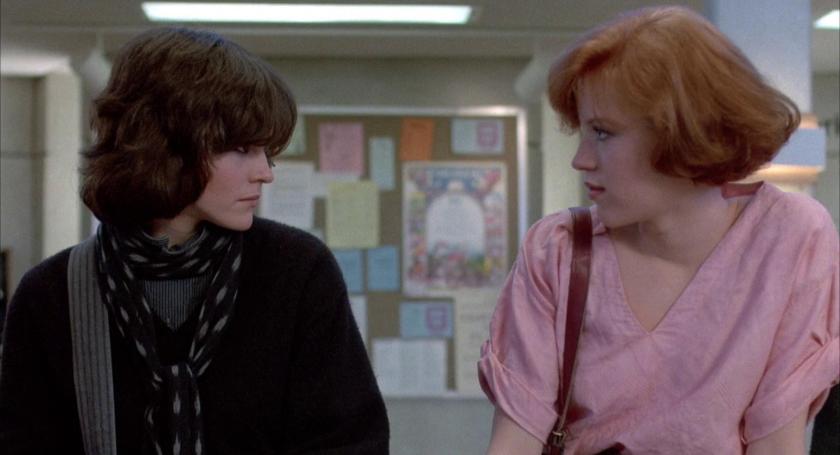 Saturday, March 24, 1984, Shermer High School—It begins at 7:00 A.M. with five students serving detention. Each one coming from a different background. Each one has a reason for being there.

“… And these children
that you spit on
as they try to change their worlds
are immune to your consultations.
They’re quite aware
of what they’re going through…”

The John Hughes film The Breakfast Club defined a generation. The song Don’t You (Forget About Me) by Simple Minds became an anthem. For those of us who can remember that far back, we knew who the brain, the athlete, the basket case, the princess, and the criminal were. We walked the halls. We stayed in our cliques. The one thing we had in common though was we were all going through the same growing pains. Somehow, we could relate with each other.

Two characters in the movie, Claire Standish (Molly Ringwald) and Allison Reynolds (Ally Sheedy) have their problems. Claire’s last name should be Standoffish, since she is a stuck-up little rich girl who daddy pampered all the way to high school. Allison, on the other hand, blends in with the scenery. No one really notices her and no one really cares. Together, they make up the girls of The Breakfast Club.

Claire is a self-absorbed user with nothing on her mind other than herself. In Claire’s world no else matters other than what she buys, who’s she with, and what looks good on her. Don’t be fooled. What she represents is an image her spoiled friends will accept. In that hard shell, however, lies a person with a heart. She feels the awkwardness of being well off, and wishes she wasn’t an object her parents use to get back at each other.

Allison calls herself a nymphomaniac, but later admits to being a compulsive liar. Of course, no one knows this until she opens her mouth and spews out lie after lie to those gullible enough to believe her. Like Claire, Allison pretends to be someone else in order to feel accepted by others. Teen angst runs through her veins and her biggest problem is her parents ignoring her. 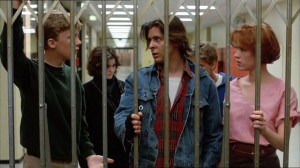 In spite of their problems, Claire and Allison recognize who they are in a group therapy session. Meant to spark resolution, the students bare their souls to reveal their true selves to those willing to identify with them.

We accept the fact that we had to sacrifice a whole Saturday in detention for whatever it was we did wrong but we think you’re crazy to make us write an essay telling you who we think we are. You see us as you want to see us, in the simplest terms, with the most convenient definitions. But what we found out is that each one of us is a brain. And an athlete. And a basket case. A princess. And a criminal. Does that answer your question?

Women Who Wow Wednesday has always been about strong women. Claire and Allison belong here. Their confession to who they are and what they pretend to be provides an opportunity for those wondering what life really was like in the 80’s. In reality though, life in the 80’s was not much different to the way life is now.

Everyone pretends. Everyone wants to be accepted.

If you’re from that era, what does The Breakfast Club mean to you? Who do you identify with in the group?

17 thoughts on “The Breakfast Chicks”

Repent and Be Baptized
Thanks Be to God
What Did Jesus Drink While Dying on the Cross?
Seek God’s Will
Love for God’s Word
God Is Our Loving Father
Bless the Lord, O My Soul