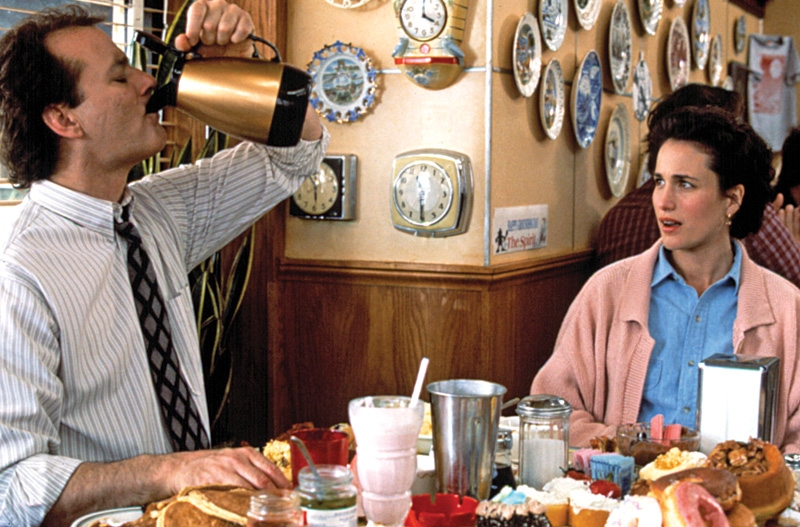 Every February the second or so, my kids and I pop some corn, grab a few drinks, and ease into our seats in front of the TV to lose ourselves in the movie Groundhog Day. It’s been a tradition in our family for quite a while. Every few years even my wife joins in on the fun. What is it about Groundhog Day that makes me want to be a better person? Let’s find out and chalk my findings to Freedom Friday.

Let’s get one thing out of the way—this is not a movie review. These are random thoughts about a movie, how it’s affected my life and continues to affect my life from one year to the next. Besides, something about a guy who goes crazy believing he’s a god makes for an interesting story. We’ll get back to that a little later on.

If you haven’t seen Groundhog Day, the premise goes something like this: What would you do if by some fantastic freak event you had to relive the same day over and over again? I’m sure the comment on the tip of everyone’s tongue wouldn’t be anything less than, “It depends on which day.” What if it was the worst day of your life? Not traumatic, but a real bad day gone south.

I’ve thought about this long and hard. There’s no escaping it. I’d probably end up doing exactly the same thing Bill Murray’s character did when attempting to cope with his predicament:

But you know what? No matter how bad things get something good always comes from something awful. That, without a doubt, is the message of the movie.

Without specifics, I’ve had to live through my own Groundhog Day, which I now embrace as something that has made me who I am today. Had I not gone through that experience, I certainly wouldn’t have gained a more focused approach in my ability to look on the bright side.

Someone said to me this week, a lesson not learned is a lesson worth repeating. I’m not sure if that’s a real quote but it makes for a great motto. Take it from a guy with a hard head—you crash into a brick wall a few hundred times, eventually it’s going to start to hurt. Of course then the question surfaces, why would you want to crash into a brick wall in the first place? Like I said, I’m a guy with a hard head.

Thankfully, I haven’t had to threaten kidnapping of Punxsutawney Phil or our beloved Canadian groundhog Wiarton Willie. Nor have I had to worry about dressing as Clint Eastwood’s Man with No Name in order to consider myself worthy of popular opinion. Although I reserve the right to change my mind on that last point. A guy has to have fun once in a while.

Do you feel that sense of wanting to be a better person during Groundhog Day?