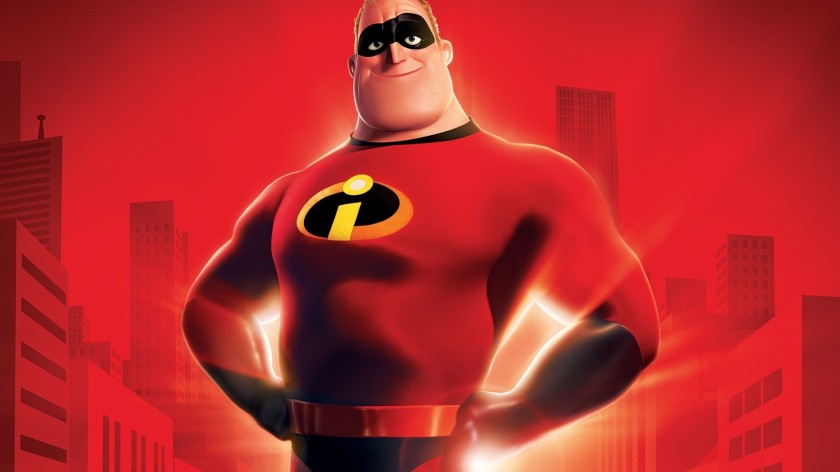 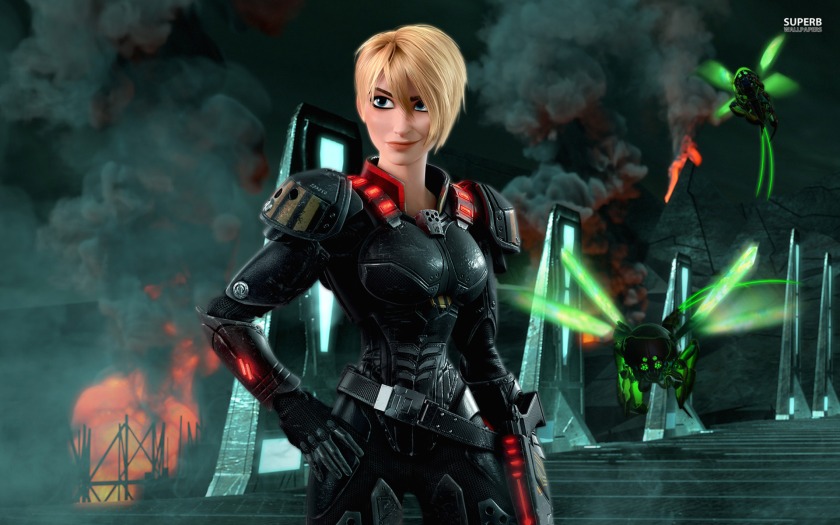 A few weeks ago, I celebrated Women Who Wow Wednesday with my tribute to Incredible Women, three females from Pixar’s film The Incredibles. It was the first time I shined a spotlight on animated characters that epitomize true heroism. This week, having recently seen Wreck-It Ralph, I want to concentrate my efforts on Calhoun, the tougher-than-nails soldier of death who can burn a hole through any alien that comes her way.

Rather than take the traditional route of describing Calhoun in all her glory as a brazen warrior and defender of Hero’s Duty, I thought I’d take a different approach.

What is a true hero?

A true hero is someone who goes beyond themselves to fulfill a role they never intended on fulfilling. We can recognize these people by their humility in what they do. They do the job never expecting anything in return. The satisfaction they gain comes from making the world a better place to live. Sometimes they have to make decisions that will hurt those they love. This is necessary for the greater good, even if it may harm a few of those who they’re trying to protect.

On the other side of the coin lies the enemy. They’re slick, smooth talking, and always ready with an answer as to why things are the way they are. Their oily tongues pay tribute to the eloquent words they speak. They reassure those in peril all will be well. All will change. All will be better—if—no one disrupts the status quo. Their countenance is that of light, but in their hearts lies darkness. They are snakes ready to pounce on the innocent.

In the center of it all rests a virtual Utopia. A city no one would suspect as having any problems. On the outside things seem to run smoothly. The citizens receive their meager allotment of resources in exchange for their forced labor, although they don’t know its forced. The city runs without difficulty as long as everyone completes their assigned duties.

If everything’s running smoothly, why ruin it?

The hero usually is the first one to recognize something in the Utopian garden is just not right. Sometimes, it’s the hint of how the enemy answers questions without ever revealing anything. Sometimes, it has to do with how superficial things look. It could be anything, really. But in the midst of it all is the hero, knowing something needs fixing.

In the movie Wreck-It Ralph, Calhoun is that hero. A golden-haired character with a dark backstory, she recognizes something bad’s happening to the world she inhabits and needs to fix it—fast. As opposed to a diplomatic solution, she opts for proactive engagement. With Calhoun, there’s no such thing as aggressive negotiations because with Calhoun there’s no such thing as negotiating. She slaps on her weapon and fires. No 20 Questions. No sob stories of how she feels neglected and unloved, blah, blah, blah. She just fires.

Now, wouldn’t life be easier if everyone follows her example? I’ll leave you with that thought.

Have you seen Wreck-It Ralph? What did you think of Calhoun? 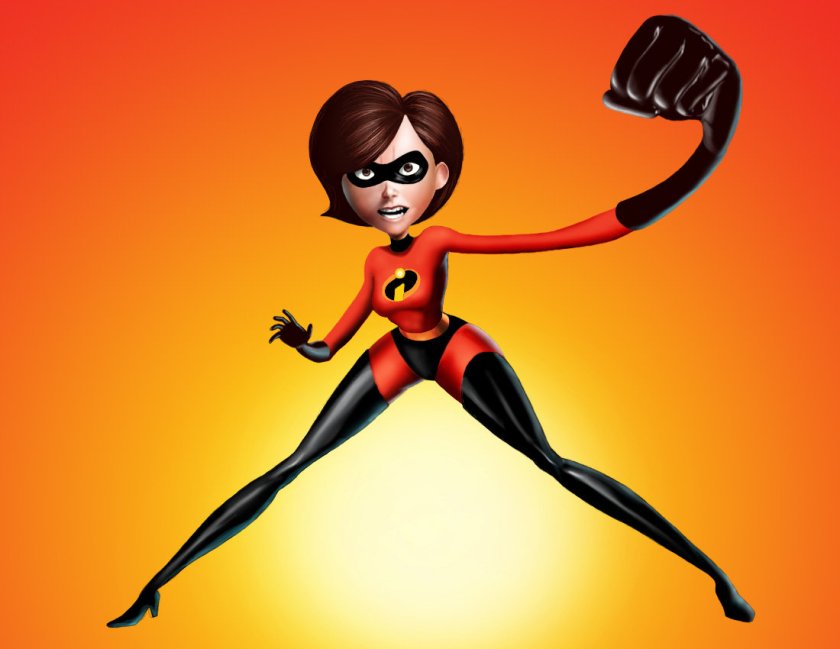 When I first saw the movie The Incredibles, it was down the street from us at my friend’s house. I fell in love with the film. The charm, wit and sense of humor captured my imagination making me want to be a kid again. I thought, if I ever could have been part of a movie so wonderful, The Incredibles would have been that movie.

Today’s Women Who Wow Wednesday salutes the women of The Incredibles. Not only is this the first time an animated character made the cut, but also, much like the post I had written about Charlie’s Angels, I will feature three women who wow!

Elastigirl—Married to Bob Parr (a.k.a. Mr. Incredible), Helen Parr maintains her illusive identity as a middle-aged housewife (sorry—homemaker, uh, stay-at-home-mom) in an inconspicuous suburban neighborhood. True to fact, though, she’s a super. Years ago, she and her husband had to go into hiding because of the lawsuits. They destroyed half the city. The ungrateful citizens whose lives they saved turned around and sued them for all sorts damages. Okay, so maybe the supers went a little overboard, destroying a few buildings in the process of their heroic escapades, but that shouldn’t be a reason to litigate.

What is the big deal with Elastigirl? She can stretch. As far as her body will allow. She can also become objects such as parachutes in order to save those who hang on for dear life when a plane explodes. If someone needs a boat, she can become one. Hop aboard! Elastigirl wows with her awesome, stretchy skill sets.

Violet—Daughter to Elastigirl, Violet Parr may just as well remain invisible. The boys at her school don’t notice the teen. Her shyness keeps her from having friends. Self-confidence? Next to nothing. But why is she so special? The one cool thing Elastigirl or any of the other supers can’t do is create a force field. I’m talking about force fields that can wrap everyone in its grasp and protect them from screaming bullets. Violet can do that.

Is there more? Of course. Remember how I said she might just as well consider remaining invisible? Well, guess what. She can become invisible. One of her superpowers gives her the ability to disappear and reappear at will, anywhere. The other supers may have super strength, speed and flexibility, but the most important abilities Violet possesses. How’s that for irony. The introvert gets the cool stuff. Who doesn’t want to become invisible to listen in on what people really think of others?

Kari McKeen—The baby sitter. It’s like Carrie, only with a K instead of a C, and an “ah” instead of an “a”, only one R, and an I instead of an I-E. Kari. Featured in The Incredibles’ short film Jack-Jack Attack, Kari has all she can do to keep the Parr’s baby from getting into all sorts of trouble. For one thing, she saves the baby from falling off an ornament ledge. This is when the little tike’s supposedly primed for some neurological stimulation. Then there’s the cognitive development phase, Kari saves him after he bursts into flames, igniting the whole house on his way to toddle from room to room.

The greatest respect I have is in her ability to stay up all night battling the boy’s accidental spontaneous combustion episodes and laser-eyed hiccup sessions. It takes a true hero to look after a little one and remain sane the next day. That’s Kari with a K.

Have you seen The Incredibles? What do you think of the women in the movie?