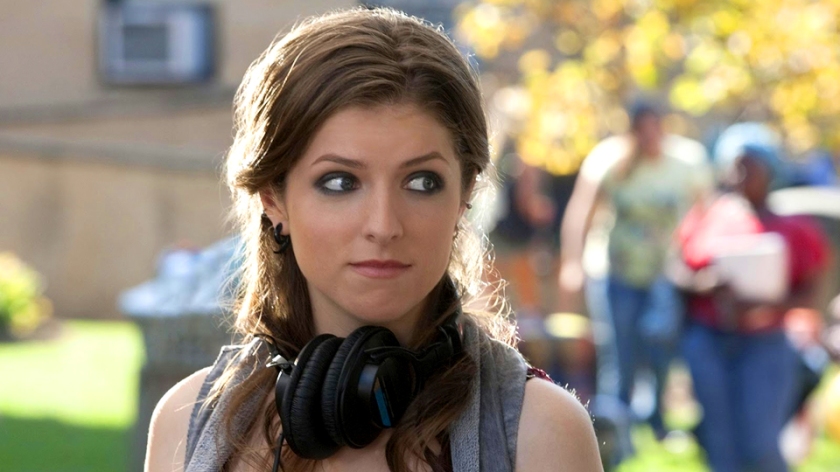 Do you know who Mike Tompkins is? I know, strange way to start Women Who Wow Wednesday. He’s the brainchild to the brilliant music videos featuring his mouth. I know, again, strange way to describe what he does. The best description I can come up with is he creates music—vocals and instruments—entirely with his voice and mouth. If you don’t know what I’m talking about, here’s his cover video he produced for Pitch Perfect called Starships by Nicki Minaj. So far, his YouTube channel has had 180,000,000+ views. Yeah, popular guy. Did I mention he’s a fellow Canadian?

The reason I bring him up is his connection with Pitch Perfect, the 2012 musical comedy starring Anna Kendrick in the leading role as Beca, the outcast who’s trying to find her way in college. I won’t spoil the movie—it’s too good to spoil. You’ll just have to see it yourself.

In the film, Beca has a tough time on campus. She doesn’t really fit into any of the student cliques, and the only person who could appreciate her talent happens to ignore her work. But she trudges onward and doesn’t give up on college life. In fact, in an awkward scene reminiscent of Psycho, someone finally recognizes her talent, but she manages to thwart the stalker’s advances. The word stalker is such a harsh word. Let’s replace that with the word admirer.

Not sure what she’s gotten herself into, Beca manages to blend into her surroundings as one of the Barden Bellas, an acapella group specializing in making music with their mouths. She soon befriends the other girls in the group, except the lead, Aubrey (Anna Camp). This is no secret because Beca finds Aubrey doesn’t really get along with everyone in the group anyway. Beca decides to roll with it and works her buns off to make the Bellas a success.

Only, what no one counted on is that the Bellas lack of originality. This, in turn, suppresses Beca’s creativity and makes her regret joining the group. Adding to her misery, she grows quite close to Jesse (Skylar Astin), a lead singer with her competition, *spoiler begin* but then devalues his friendship in a fit of annoyance *spoiler end*.

What drives Beca is her willingness to be different. She observes everyone through the eyes of an outsider and can never really reconcile the fact that others can’t see their inability to break free from their cliques. If Beca had her way, they’d all wear different things. They’d all talk different. And they’d all sing different.

Pitch Perfect is a funny movie and Beca fits perfectly as the black sheep welcoming the audience into her world.

Have you seen Pitch Perfect? What did you think of the movie and of Beca?