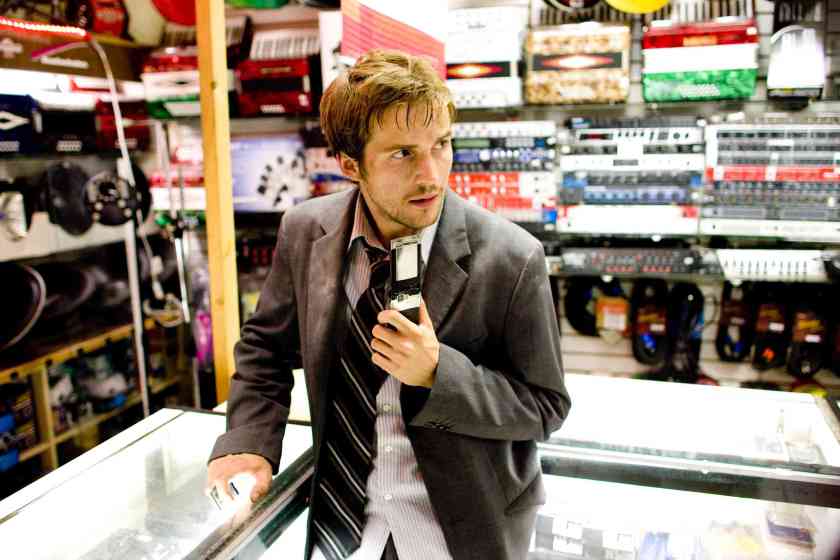 He doesn’t have to think about it. He knows what he has to do. Above all, no one or anything can stop him. Beth needs him, and that is all that matters to him. He will save her. He will risk his life for her. If he dies for her, then so be it. He will not have died in vain.

When falling in love, no one knows where it will lead. There may be periods of indescribable joy, and there my be episodes of unbearable pain. So it is with Rob Hawkins (Michael Stahl-David) when he shows up at a surprise going away party in his honor. He is heading to Japan and leaving his friends behind. He is also leaving Beth McIntyre (Odette Annable) behind whom he loves.

The night couldn’t be better. His friends have determined to make his farewell bash the best party ever. And it is, until Beth appears with her new boyfriend. Soon after she leaves though, he and his friends plant themselves on the fire escape and talk about forgetting about Beth. As much as he would like, Rob can’t do that. He loves her and he doesn’t want to leave for Japan without having some sort of resolution with his former girlfriend.

That’s when it happens.

The earth shakes. The walls quake. And the lights go out.

Something sinister falls on New York City and everyone, including Rob wonders what it could be.

When the lights come back on, the news states something has attacked lower Manhattan, rendering it helpless. Fleeing to the top of the apartment building, Rob and his friends survey the city for damage. He doesn’t know it yet, but what will happen next will change his life forever. An object screams down from the heavens blasting the city’s core, laying it waste. Debris flies over Rob’s head pushing everyone to dash to the stairs to the street below.

All would have been fine hadn’t Rob received the call. He can’t help himself, he has to find out how she is. Beth made it home, but she needs help. Rob is the only one she can count on to save her.

And the boyfriend? What happened to him? It doesn’t matter. All Rob cares about is Beth. He wants her safe.

Against the advice of his friends, Rob takes to the city streets in search of his friend, stranded by whatever had befallen her. Through the military maneuvers and the train tunnels he roams, fighting against exhaustion, overcoming perilous attacks from forces unseen. Rob’s only focus is Beth, saving her life and redeeming himself of what had torn apart their relationship in the first place.

The eventual outcome of the story rests on friendship. Rob Hawkins doesn’t have to think twice when it comes to Beth. As awful as their breakup was, he will still offer his life in order that she might live instead.

Isn’t that what true friendship is all about?

Have you seen Cloverfield? What do you think about Rob Hawkins and his friendship with Beth? 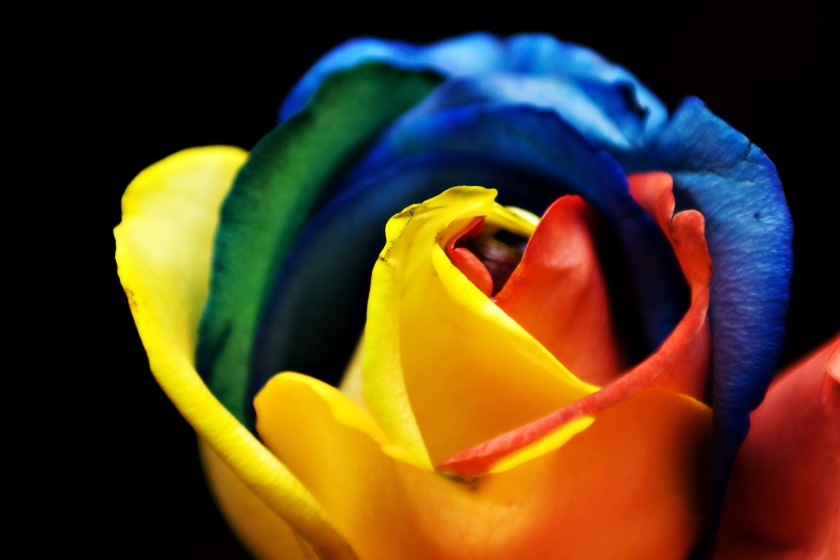 There are days when you just don’t want to get out of bed. On the other hand, there are days you want the world to stop so you can look around and enjoy the beauty. You’ll study a flower and ask yourself, what made this come from the ground? Its pedals worship the sun in harmony with the grass standing at attention. You listen to that single note in a symphony orchestra, hanging there, waiting for the piano to make the melody with its ghostlike phrasing. The moon listens to its phases. The ocean’s waves sit quietly not wanting to destroy the flowers.

This is an abstract Freedom Friday post. What is the truth?

The heart of a man stops, ending his journey. The cry from a hospital bed declares new life. The baby snuggles in its mother’s arms. A boat capsizes over rough waters. A whale journeys to the coast of North America, landing on the beach only for others to find it later, dead. The skies are clear. A cloud appears. It transforms into a flower, blooming and exploding in the sky as if it were fireworks on The Fourth of July.

The ice crawls on the roof, thickening as it goes. His sweat from working in the field pours from his forehead on to the beans he’s collecting into the basket. The rain doesn’t stop. Not for Big Ben. Not for the tubes. The wind hasn’t stopped carrying the sand from the desert to the towns. Bagdad will be lonely tonight, but the rose hasn’t lost its pedals.

A heartbeat pounds in the music at the bar. Eyes meet. The evening ends in fireworks. A child visits her grandmother expecting her in bed. Instead, she’s tending the garden pruning the roses. The child smiles. The bottle of wine falls to the floor. Shards of glass cover the carpet. You awaken from the noise wanting to go back to bed. The garbage truck churns its innards, having announced its arrival.

The whistle from the train doesn’t let up. The honk from the taxicabs on Fifth will get you to where you want to go. An airplane burns too much fuel to where it wants to go leaving a trail of debris in the wake of its crash. A truck filled with snow capsizes, burying a pedestrian in his car. Ghosts can’t have the answer. Not yet anyway. The daisies know, but they’re not telling.

The lonely silence on a frozen lake gives way to the loon calling its mate. The sparks flying from the fire tell the story of the woman who loved her husband very much before she took her life. The mantel sits bare except for the one rose resting in the center, dew forming on the inside as tears would from a broken heart.

Sometimes, what we think is not what we know as truth.

One rainy evening, a young woman named Rose traveled the tubes with her friends in London to a pub searching for fun on the dance floor. When her eyes met Mark’s, there were fireworks that night. The next morning, Mark explained he had to return to the United States. He was on leave from the military and needed to get back to Iraq where he would help villagers farm in the countryside. They were in desperate need of food since the desert winds would consume the fertile soil making it waste in its wake.

Months later while Rose flicked on the tele, she caught the American news channel broadcasting the names of the soldiers killed in action. She collapsed on the bed when she read Mark’s name scrolling by. The plane he flew crashed and burned after a leak in the line spewed fuel into the wind. Hours later, she ended up at the hospital delivering their baby girl.

It was a clear day when Mark’s burial took place in the United States. Rose had decided just after giving birth that she’d live close to him for the rest of her life so she can respect his memory with a bouquet of flowers she’d deliver to his grave every day.

As the years flew by, and her daughter, Daphne, grew, Rose one day awoke to the sound of New York—a garbage truck processing its pickup, the whistle from the train passing by hauling passengers for their morning commute, the honk of the taxicabs cruising on Fifth. Rose had things to do that cold, winter morning.

On her way to driving Daphne to her former mother-in-law’s, the radio reported news of a man who had died buried alive by a freak dump truck accident. Also reported, a boat capsized in the waters off the coast of California, in spite of the calm waters due to the moon’s phase. The last news item was that of a whale that had travelled from its breeding grounds to a west coast beach and died of exposure.

Soon after kissing Daphne and seeing her off to visit her grandmother, Rose heads for the weekend cabin rental by the lake. When she arrives late in the evening, she notices the ice that had formed on the roof and the silence across the lake interrupted only by the loon calling its mate.

About Midnight, Rose lifted her head from her lap after having cried for hours. Next to her, the bottle of wine she had brought for the weekend was empty. Next to it, a flat wooden box lay untouched. The fire’s flames curled upward into the chimney as she sat staring. She closed her eyes, a few moments later she reached for the box. Inside it rested a gun—Mark’s service revolver bestowed upon her during his memorial.

The symphony music Rose had playing in the background could not drown the sound of the gunshot from outside the cabin. The bouquet of flowers meant for Mark that day sat inside her car on the driver’s seat.

Sometimes, what we think is not what we know as truth.

Moments are everywhere, can you see them?

Have Faith in God
What Did Jesus Drink While Dying on the Cross?
Believe in God’s Promises
God Is Our Fortress
Worthy Are You, Our Lord and God
Rejoice in the Lord Always
God Is Our Loving Father