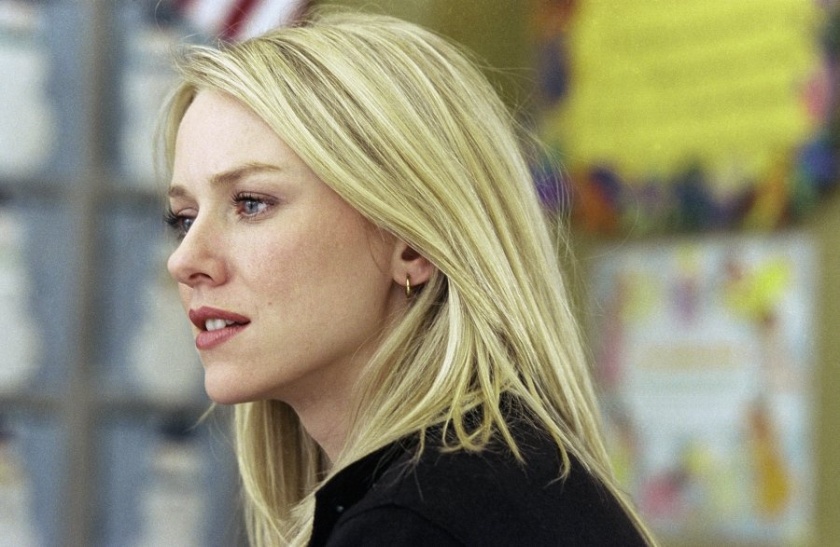 A first for Women Who Wow Wednesday—during the month of October I will feature tough heroines who rock the Horror genre. They will at times seem victimized, but their strong resolve carries them through, overcoming whatever obstacles get in their way. In the end, they will make it out alive from their terror-filled world to rule the day.

To kick things off, let’s have a look at Rachel Keller of the movie The Ring.

When The Ring came out in theaters, I missed seeing it. In some ways, I’m glad. The premise leaves a person with a sense of heightened awareness of the dangers of watching something someone might recommend as a must-see.

The story goes something like this: Someone finds a video tape. Within minutes of watching it they receive a phone call telling them in seven days they will die.

I don’t know about you but when I heard about this movie, it sent shivers up the back of my neck. To add to the mystique of the film’s allure, the DVD release features the short film as a hidden item on its menu. If you haven’t found the video, you can simply press the up arrow a few times until the cursor disappears, then press enter on the remote.

I have never seen the video in its entirety.

Rachel Keller (Naomi Watts) is a reporter investigating the mysterious death of her niece who rumors state died in an unnatural way. Taking a personal interest in the case, because the victim was family, Rachel heads to a cabin in the woods where her niece and a few friends had stayed a week before. Examining the contents of the room, she finds a video tape. Unsure what it contains, she watches it. Soon after it ends, Rachel receives a phone call from a child who says, “Seven days.”

As creepy as it sounds, things get worse. After having copied the tape to show to her ex-boyfriend Noah (Martin Henderson), Rachel begins to experience nightmares and surreal experiences. Nosebleeds are a common occurrence. In one scene, she pulls a fly from the monitor where the tape plays. The fly belongs in the video.

Later on in the week, as the events turn more sinister, Rachel discovers her son Aidan (David Dorfman) has watched the video. In horror, she calls Noah and admits Aidan is his son.

Eventually, Rachel’s investigation leads her to Moesko Island, the site of the lighthouse in the video, and the reason the video exists in the first place.

Rachel’s character makes the movie a treat for those of us who enjoy a slow plot reveal. She’s a woman caught in a trap, and has every reason for wanting to escape in order to save her and her son from unseen forces churning within. The big surprise, though, does not come from the events unfolding in the film but from her reaction to the results. In stark contrast, what would otherwise rattle most of us, if caught in the movie’s horrific web, Rachel handles with a firm conviction.

Have you watched The Ring? If so, what did you think of the film’s concept?