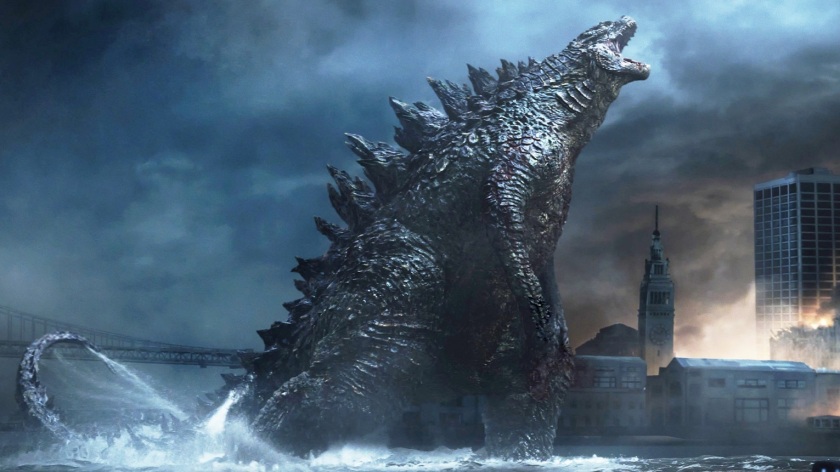 Monster movies have always captured my imagination. When I was a kid, a Sunday afternoon wouldn’t be the same without watching Godzilla and all the other Japanese monsters wreaking havoc on Tokyo. Back then, it was the thing to do. We had those twenty-four-inch TVs with mono sound and low-res images that sparked our interest and carried us through the weekend.

For today’s Monday Mayhem, I would like to delve into my liking of monster movies, why I like certain ones and the impact they have made on my life.

Godzilla—As I stated in the intro, Godzilla was the movie series my friends and I loved and would gather after school to talk about. Yeah, you could have considered me a nerd. In the earlier movies, which were films filmed in Japanese, brought overseas and translated for the English-speaking audience, Godzilla was anything but pleasant. In the earlier incarnations, he was the bad guy. Born from a radioactive mess, he stomped his way through Tokyo causing authorities to use deadly force on the giant creature. In later films, he became the hero, also destroying cities, but taking down other monsters in the process. I loved the series because it had a ominous, end-of-the-world feel I couldn’t shake.

Cloverfield—No monster movie discussion would be complete without the addition of the film Cloverfield. Directed by J.J. Abrams, Manhattan once again becomes the playing ground to an alien invasion. Similar to other alien invasion movies, other than War of the Worlds, a creature sets foot in New York City and rips apart the downtown core. The premise is not a unique one, yet the story flow and action progressively escalates to hypertension as the shrieks and destruction the beast yields causes the masses to stampede from the scene. Filmed from a first-person perspective, the story merits attention due to its unyielding build throughout the story. I also love the fact that the plot encompasses older themes of the earlier Godzilla movies, complete with military intervention and wanton devastation.

Jaws—By far, many wouldn’t consider Jaws a monster movie. If anything, Jaws is about a biological anomaly that should have never happened. But happen, it did. The story about a shark laying waste the shores of Amity Island became an instant success in the movie industry and introduced the world to the summer blockbuster flick. I would consider it a monster movie because the shark was beyond imagination. The great white spanned longer than the length of a fishing trolley and its jaws could swallow a person whole. The shark also had no redeeming qualities to catch the audience’s will to sympathize with the creature. It wanted to kill and nothing more. For this, the crew made up of a sheriff, an oceanographer and a fisherman needed to get rid of the beast before it hurt anyone else. It was, by all accounts and definition, a monster that had to die.

There you have it folks, my picks for admirable monster movies that would make a Sunday afternoon great again. By no means is the list complete, but I think you get the point of where I was going with it. I hope it spurs you to seek those often-neglected titles and admire the work involved with making such films.

Quite frankly, monster movies are awesome—but that’s my opinion.

What monster movies do you like? What attracts you to the genre?