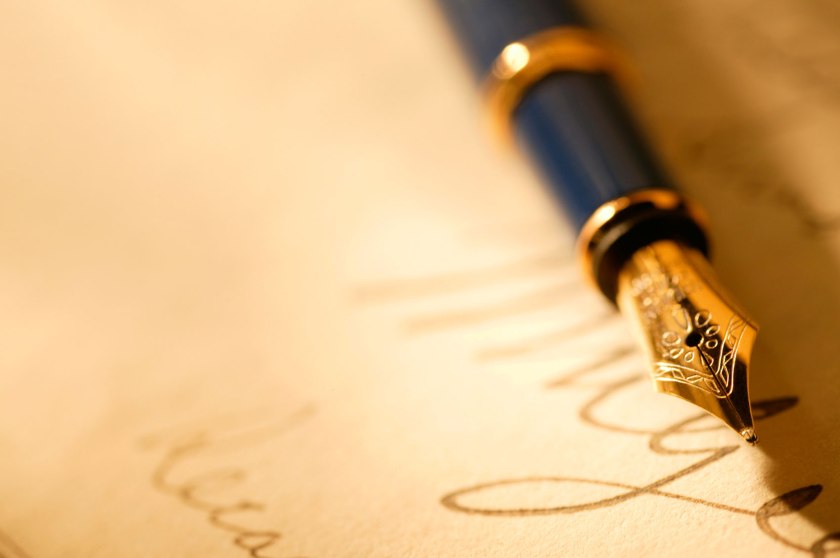 How would you start a letter addressed to your future self? Let’s say you know you’ll be opening it twenty-five years from now, what would you say? Would you start it off congratulating yourself for having survived another quarter century? Or would you simply turn over in bed one morning muttering something silly under your breath? Perhaps you would say, “Meh.”

I’ll tell you how I would do it…

Here you are, twenty-five years later. How does it feel to be officially old? Imagine where you were/where I am now, and pat yourself on the back for having survived this long. It takes guts to go through a full lifetime having read all the warning labels on products, obeying your traffic signals and eating the right things to live another day. But you did it. You’re here and there’s no turning back the clock.

How did I do? Did I finally become that best selling author I dreamed of becoming? Whatever happened to the blog I wrote? Did it go out peacefully, or did I call it quits while I unceremoniously set my laptop on fire? Do I still use a laptop? I would have thought by now I would have been typing on an air keyboard complete with optical sensors and biometric security.

Whatever happened to the movie I wanted to make? Did it ever become a success? Okay, so maybe that was shooting too high. At least I would have hoped to have realized it, right?

How are the kids? Did they grow up to become what you had wished—contributors to society? I didn’t forget that it doesn’t matter what they have become, as long as they’re healthy and happy, that’s all that matters. You do remember that, right?

Hey, how’s retirement? Did you retire like you were planning or are your working as a greeter at a department store? Not that there’s anything wrong with it, it’s just that, I would have imagined flipping burgers being more fun in the elderly years. The image of a cranky old dude flipping burgers seems like a lot of fun. Now that I’m thinking of it, did I do that? Yeah, if I have forgotten about my retirement plans it’s because of what I just wrote.

How’s the love of my life? Has she grown old with me? I’ve always had a sense of recognizing how important she is to my well-being. Did she provide the encouragement to become the best I could be? She is the mother of my children, after all. Did I comfort her during her down times? Did I offer her guidance as we moved from year to year? How is marriage treating me? Hopefully, as good as it is now.

Listen, Jack. I gotta tell you something. You know this, but after having read it twenty-five years later, I’m sure you have forgotten it. Have fun with your life. Keep focused and enjoy. I’m sure I’m going to have some nasty battles to fight. It won’t matter. As long as I know I will survive, that’s all I care about.

One more thing: About that Romance novel I will be publishing—I don’t need to mention again why I had written it, do I? It was something I had to get out of my system. The only thing you have to remember is that it was my way of decompressing from the zombie genre.

And the superhero thing—but we won’t get into that.

Yours in the past, always in the future,

Have you ever written a letter to yourself?

12 thoughts on “Letter to Future Self”

God Is Our Loving Father
What Did Jesus Drink While Dying on the Cross?
Believe in Jesus
No More Tears
God Will Rescue Us
Love for God’s Word
Believe in God’s Promises