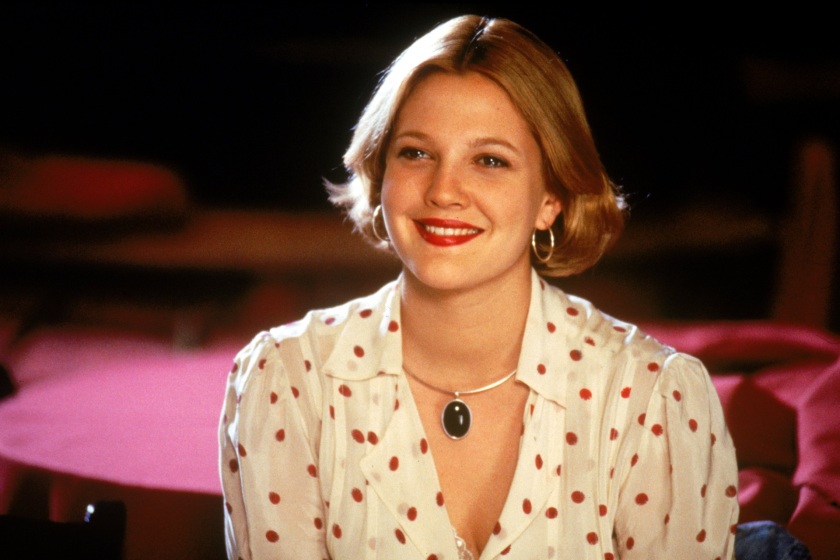 When I grew up in the Eighties, the girls wore large hair, wide shoulder pads and long dresses. The guys, on the other hand, sported small collars, huge dress pants and thin belts. Bringing the sexes together was the color. Bright primary colors dominated the scene, wild hats became the norm, and to see guys with makeup was not an exaggeration.

The Saturday night parties became something special to look forward to as well. The music by The Police, Duran Duran and David Bowie blew all us kids away. The dance floor became a place where we could make a statement about who we were. We danced without shirts. We danced with everyone. And we had fun playing dare games while admiring each other’s styles. It was one big party.

The movie The Wedding Singer captures that era perfectly.

Julia Sullivan (Drew Barrymore) just started her job as a waitress at a banquet hall when she meets wedding singer Robbie Hart (Adam Sandler) in the 1998 movie appropriately called The Wedding Singer. Right from the outset, Julia displays attributes female characters ought to possess in order for them to be part of my Women Who Wow Wednesday series. She doesn’t kick butt, but she certainly has that warm and fuzzy feeling surrounding her.

The first time meeting Julia we find out about her engagement. The problem, though, is she’s not sure how serious the guy is with his proposal. She says, “I feel like I’m doomed to wander the planet alone forever.” Which Robbie replies, “Like the Incredible Hulk.” They agree that Robbie would sing at her wedding, if it ever takes place. Revealed later in the film is Robbie’s engagement to his own fiancée. He hopes they would last fifty years, much like one of his vocal students’ marriage.

Julia’s fiancée eventually springs the news that he wants to marry in Las Vegas, but he cedes to getting married where she wants to marry. That’s the first sign of trouble. In the meantime, Robbie has his own problems. His fiancée dumps him and his latest wedding gig turns into a dirge. He has nothing to live for but the thought of stringing his neck to a clothesline until his feet shake lifeless.

Throughout it all, Julia shows Robbie what a true friend is. She stands by Robbie in his darkest times in spite of him wanting to kill the bride and groom at his upcoming wedding gig. Julia appreciates Robbie by asking his opinion about things that matter to her. She also brings him into her world by introducing him to her friends and family. That’s a big step for a girl only having friendship on her mind.

The thing about Julia is her warmth. As bad as things get, she’s always ready with a kind word, a quirky smile and a timid laugh. Something about Julia makes her shine. She is the perfect example of support during bad times. She lifts the spirit, lends an ear and gives of herself in whole, regardless of what anyone thinks of her.

Is there anything more we need to know about Julia? No. Julia’s the perfect friend.

If you’ve seen The Wedding Singer, what did you think of it?

Hope in God
What Did Jesus Drink While Dying on the Cross?
Our Hope Is in God
God Will Rescue Us
How Awesome God’s Deeds Are
Believe in God’s Promises
All for God’s Glory